It is really cool that this is something we can look back on months from now and remember our adventures. I hope others are enjoying the vicarious voyage!

We spent our first day in DC doing the 'memorial walk'.


The Washington Memorial is impressive, at the same time, it is an obelisk. Also, he was a slave owner. So, I'm not exactly falling over myself to pay homage to the "father of our country". What about the dudes who led for centuries before Washington was here? 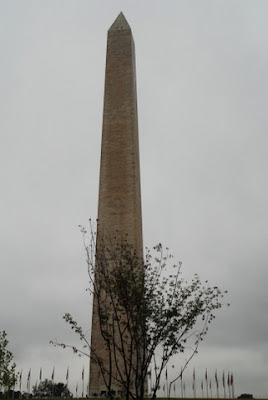 The WWII memorial. This picture speaks volumes. Our country played a huge role in liberating people. We owe a debt of gratitude to the average American soldier who paid the price for this end. I love the America that comes to mind when these words are applicable: "to end tyranny... Americans..." 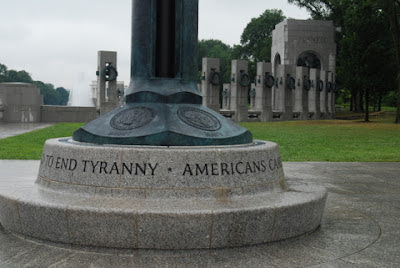 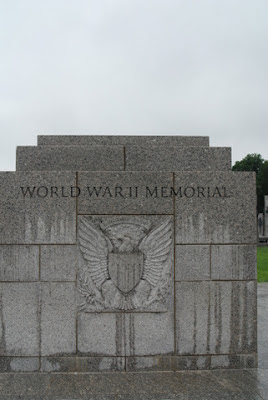 Respect and honor to the men who stormed the beaches of Europe during the war. 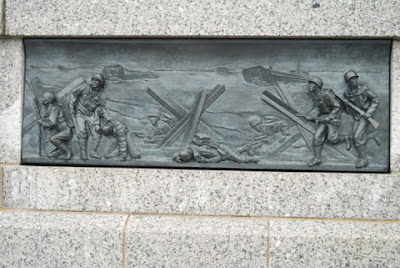 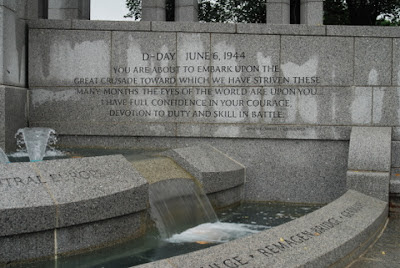 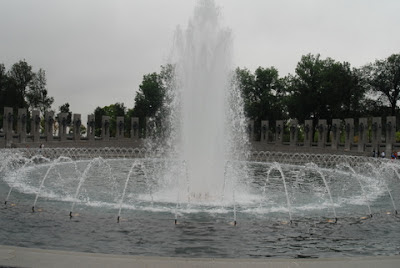 This portion of the WWII monument is compelling, each star represents 1,000 Americans who paid the ultimate sacrifice. The inscription says, "Here we mark the price of freedom". 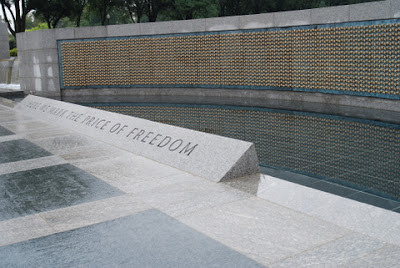 Andrew walking toward the most significant staircase in our nation's history. 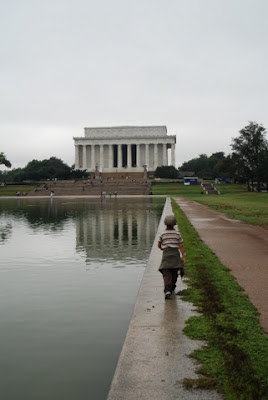 What a design consideration with this sculpture of 3 soldiers looking on toward the wall at the Vietnam Memorial. 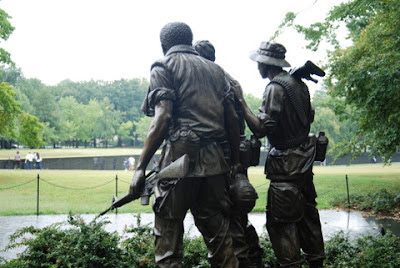 The wall is inscribed with names of the more than 70,000 men who paid the ultimate price to fight communism on Vietnamese soil. 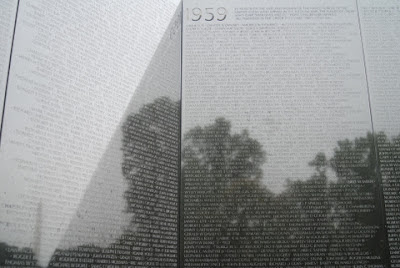 The Lincoln Memorial is less than 100 yards from the Vietnam Memorial. 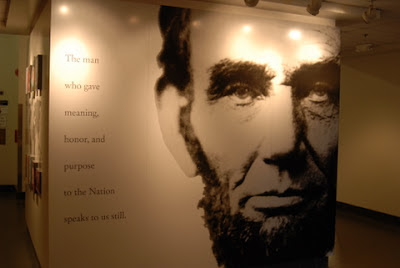 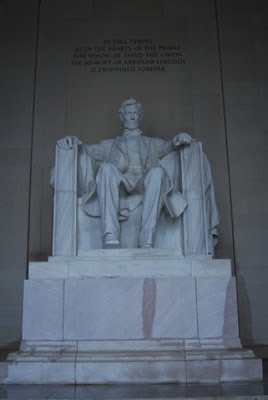 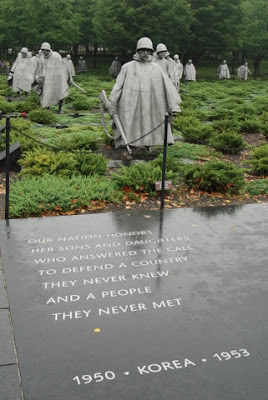 This wall at the Korean War Memorial reads, "Freedom is not free". I am sobered by what that means or has meant for our armed forces. 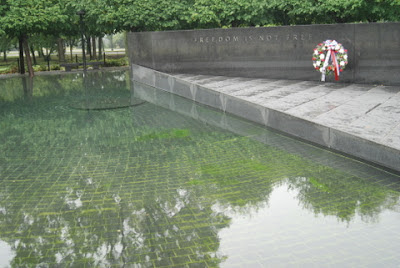 At the FDR Memorial, "This generation of Americans has a rendezvous with destiny". It was true for the people of FDR's time, what about today? What are we about today? 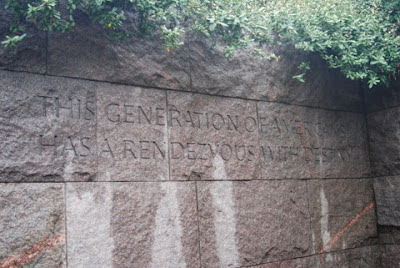 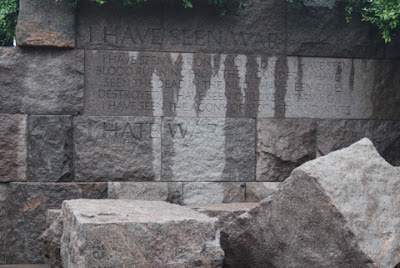 This wall says, "They who seek to establish systems of government based on the regimentation of all human beings by a handful of rulers...call this a new order. It is not new and it is not order." Word! 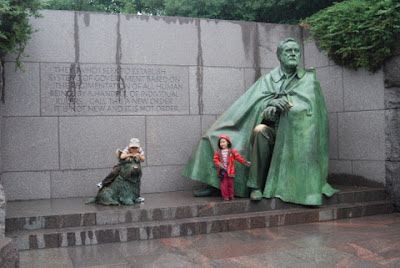 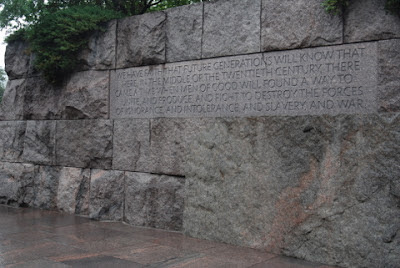 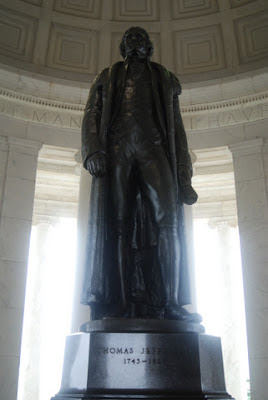 The memorial building for him. 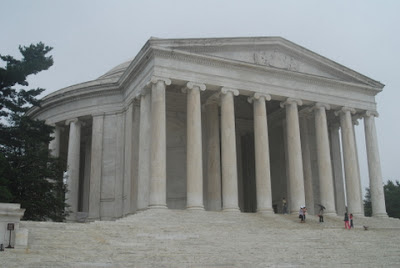 Andrew snapped a shot of his parents inside the top of the Washington Monument. 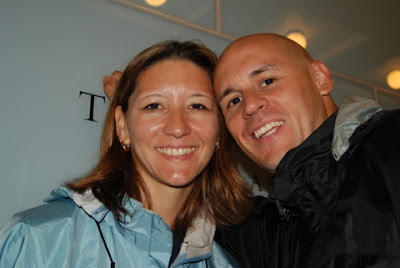 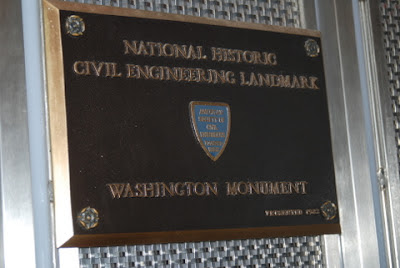 Oh yeah, we visited this place too! I hope they were making wise decisions in there! 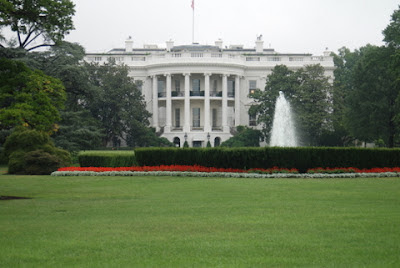 Your making me want to start a blog for our upcoming cruise in November. I have a feeling though that pictures and commentary of the Caribbean in November just might get us a solid arse whoopin' and some choice names when we get home. :)

It looks like your having more than enough fun. Thanks for sharing the wealth. I want to hear more when you get back bro.

sigh. I hope they're making good choices, too.

Read some of a book about the Korean war a while ago that said the US president considered it a police action instead of a war, and chairman Mow said the Chinese soldiers being sent over there were "Volunteers"

It is the most downplayed war because the leaders were pretending that it wasn't happening.