On Brenda's birthday, we did some more exploring.

We went to the Museum of Natural History.

The kids got a kick out of it right away because it reminded them of the movie, "Night At The Museum". 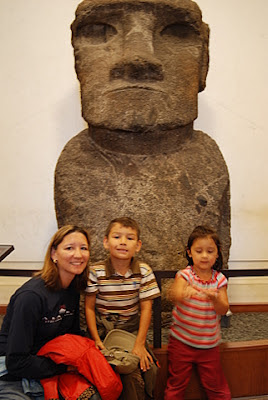 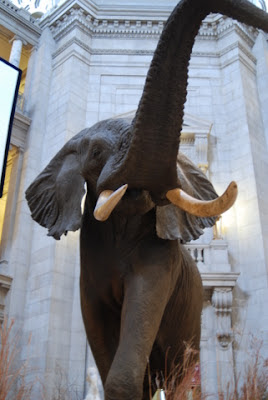 The kids are also really into dinosaurs, so they especially appreciated the significant exhibit on dinosaurs. 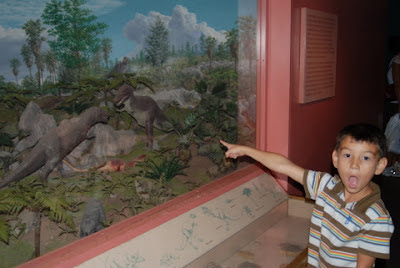 It is hard not to appreciate a 45+ carat diamond. The Hope Diamond was donated to the museum! 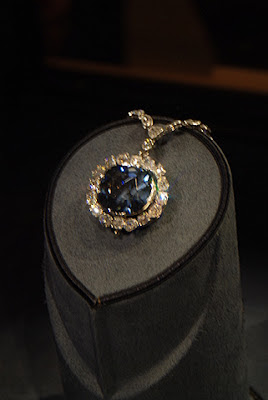 It was really difficult to pry Abigail away from the magnetic rock/paperclip interactive exhibit. By the way, they have a really cool wing covering geology and minerals. 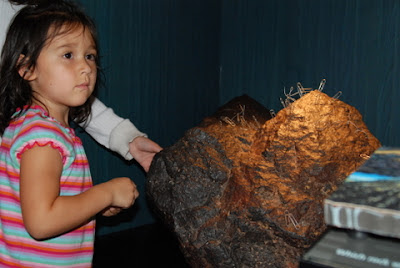 Andrew snapped this photo as I was correcting his sister! He got a big kick out of capturing the moment. 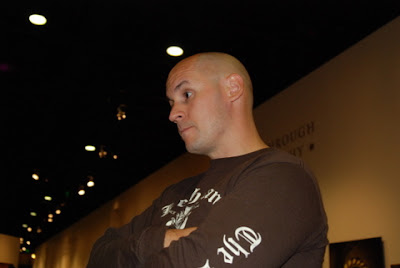 The cleverly positioned the exhibit on Roman architecture so that one can see it reflected in the structures of DC. 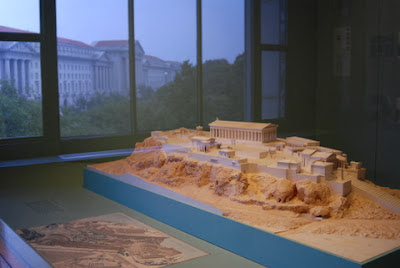 We ate dinner at an upscale-ish brewpub, Gordon Biersch. It was amusing how the waitress made a big deal out of saying ... "and we brew all of our own beer here!" I suppose she is used to people marveling at such a concept. I guess that anywhere outside the Pacific NW, it is a novel thing! 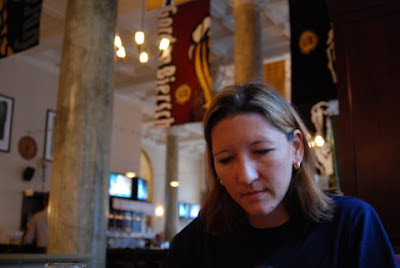 On our way back to the Metro, we stopped by Ford's Theater. This was the place where Abraham Lincoln was shot. We also saw the house across the street where he died. 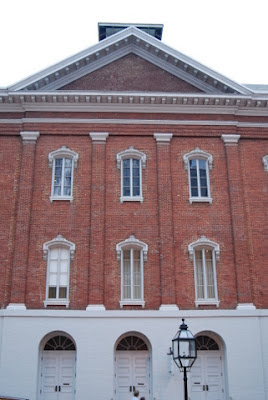 I wonder what would have happened if he would have been able to serve out his second term...
Posted by Dave Ketah at 6:21 AM