So, after the Great Smoky Mountains, we headed toward Nashville, TN, and stayed a night there. It was somewhat uneventful, except for a dinner at an interesting restaurant called "Aquarium". Just like any other novelty restaurant, it was more about the novelty of eating in a space surrounded by aquariums than it was for the food. 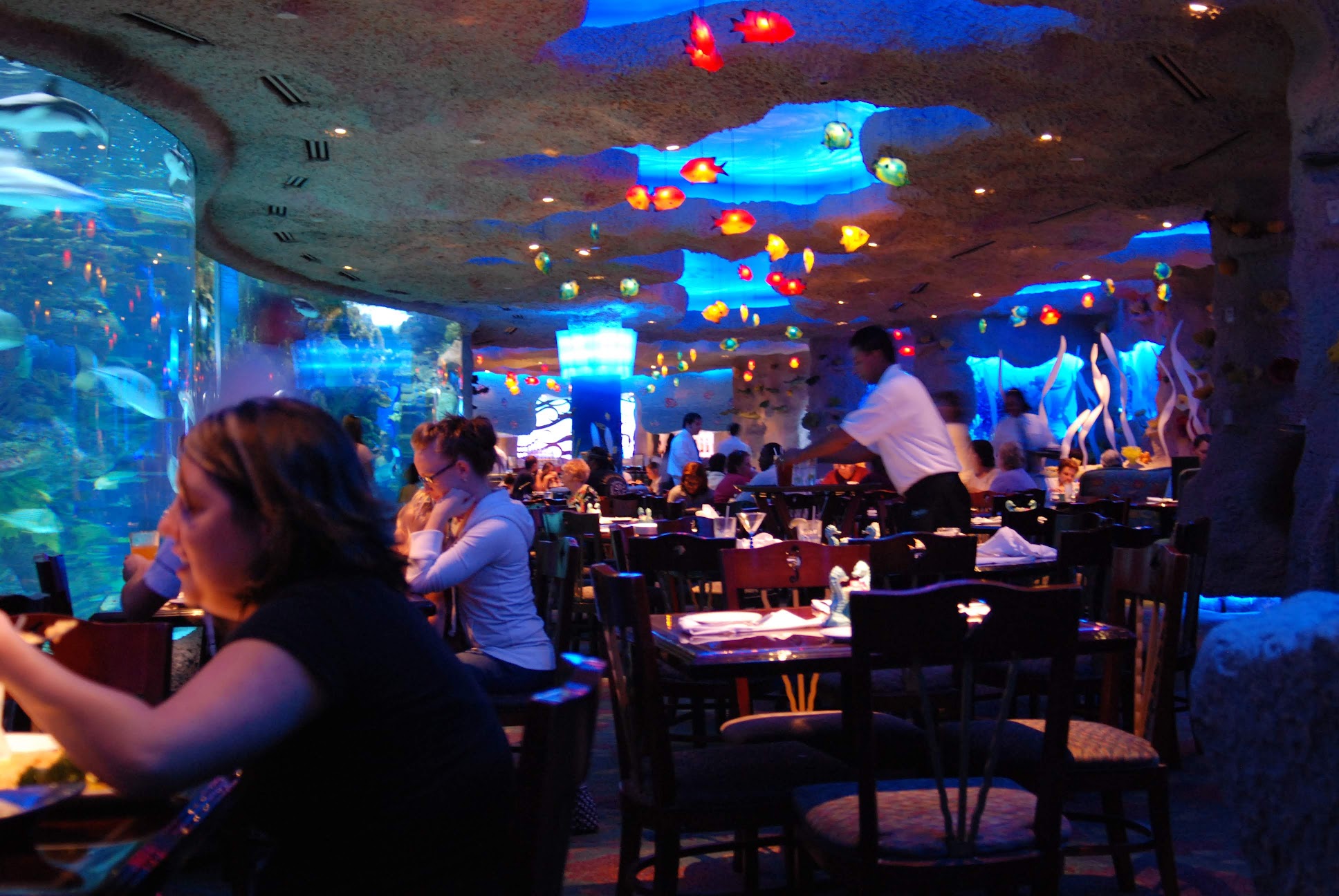 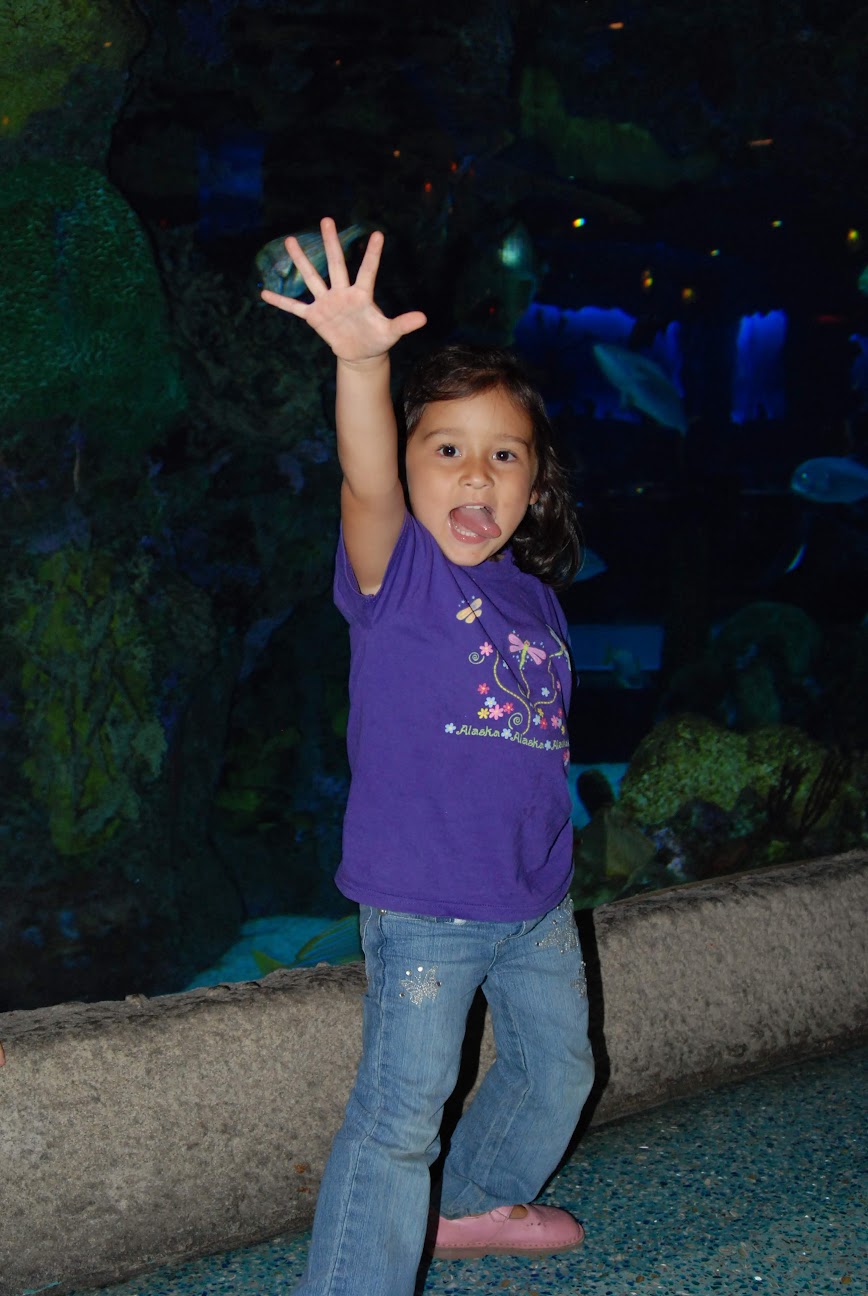 We stayed in a basic motel, swam in the pool and headed north toward St. Louis the next morning. Believe it or not, there aren't really any campgrounds in St. Louis. There was a campground in East St. Louis, nestled between an industrial area and some railroad tracks. That was not one of our better camping experiences on the road. But, that was not the point of being in St. Louis. What I wanted was for us to experience/see the Arch early in the day. Yep, it's one of America's great monuments. 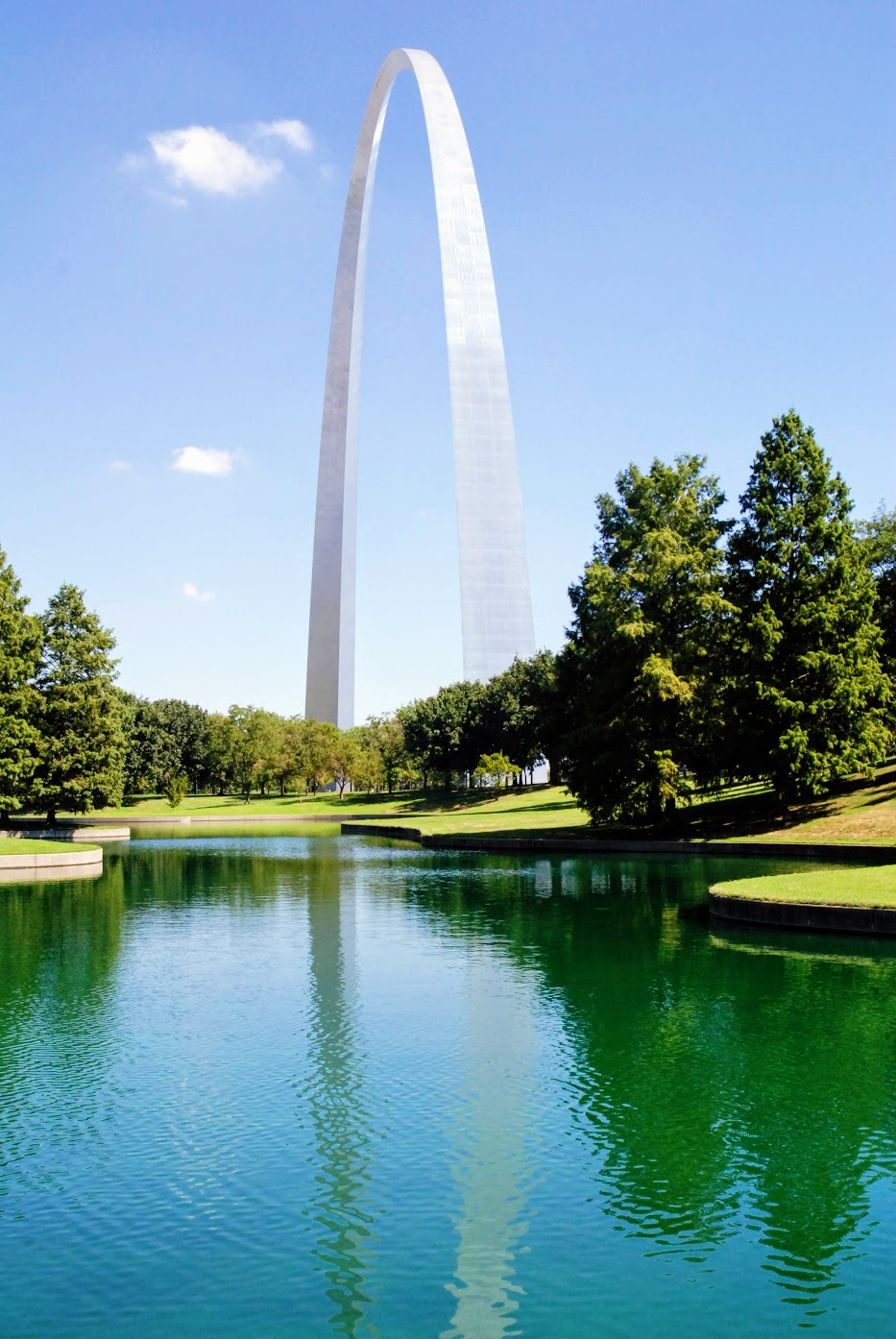 After seeing the Arch, the museum below it, and going up to the top (it's and interesting elevator ride, and the view is unique, but not the best part of the visit), we went on a 'stern-wheel' riverboat ride on the "Tom Sawyer". It was an different way to see the waterfront. 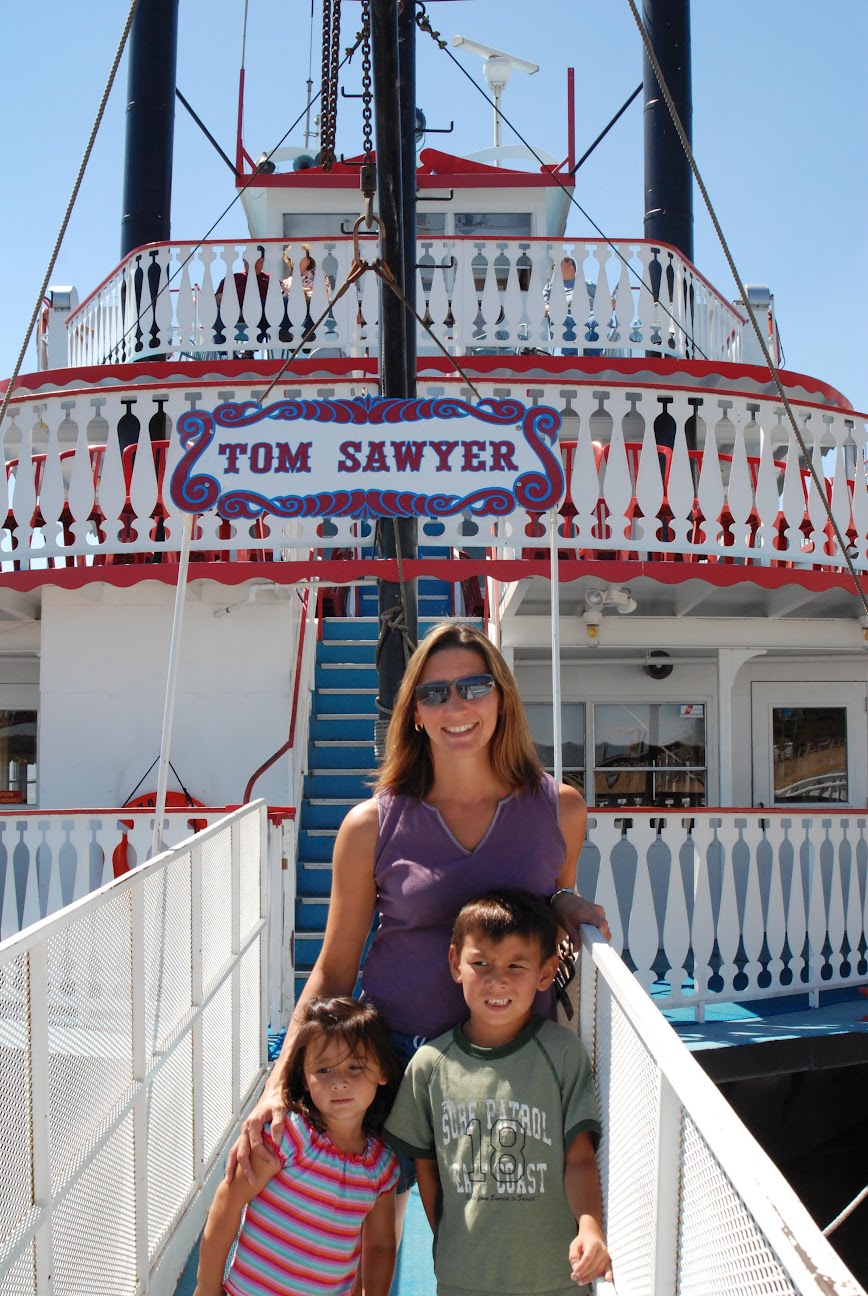 I do have to show my Pacific Northwest bias once again by noting that the Mississippi river is brown and ugly compared to the Columbia. 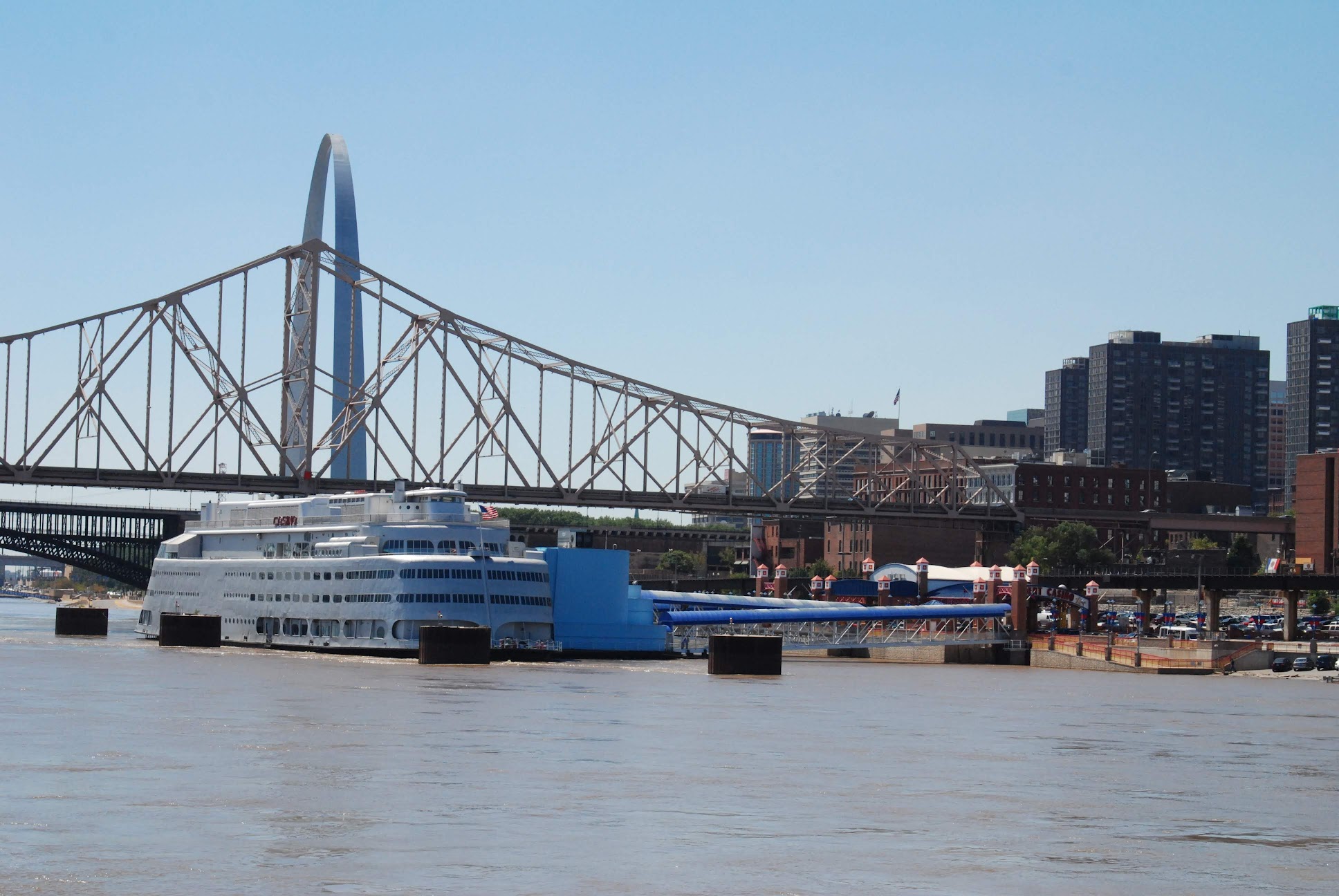