Two of the things I have always loved to do, and there is nowhere else that compares to SE Alaska!

We hiked in to a lake that my dad named after my niece Ashley to do some trout fishing. My dad had told me that this lake is usually so full of Cutthroat trout that they become cannibalistic due to the competition for food. Well, I think the one Andrew caught was one of the 'winners'. It was the only one we caught! This lake had little sign of anything swimming thing in it. Even the beaver who made the lake was no where to be found! 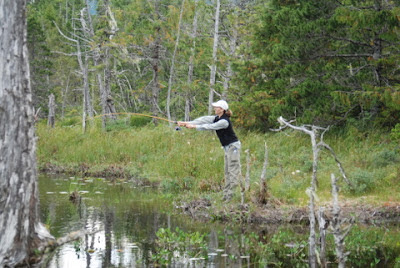 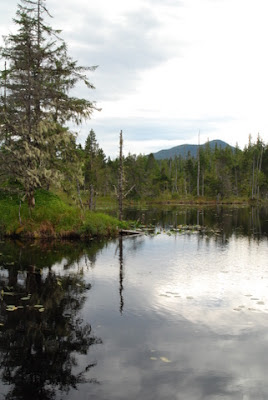 This lake is one that is within a mile of the home I lived in when I was around Andrew's age. My sister and I used to walk to it regularly to catch newts. Once, when we were little we caught a bucket full of them, then went door to door attempting to sell them as pets! 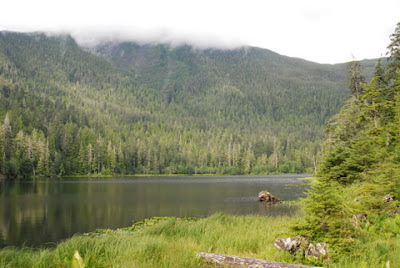 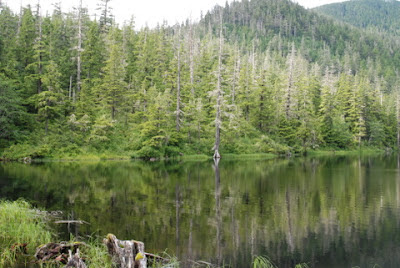 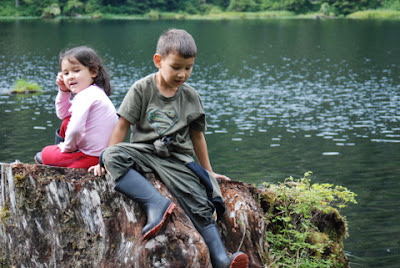 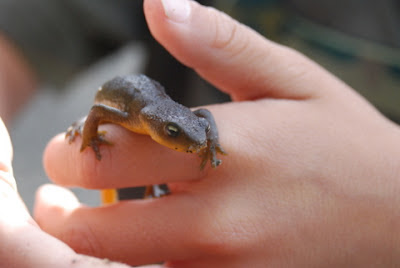 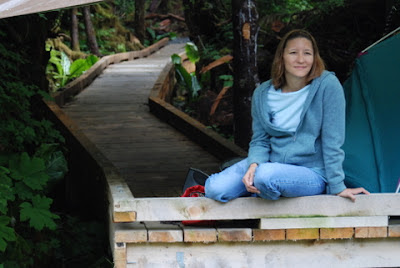 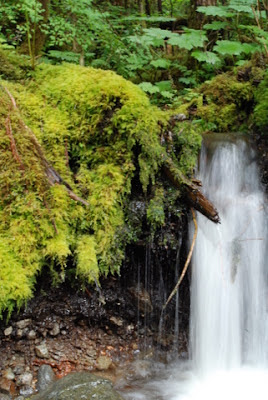 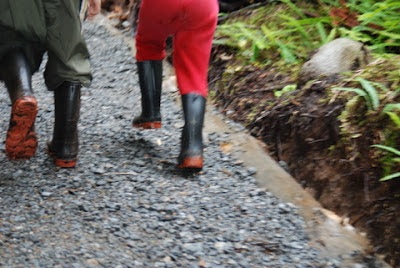 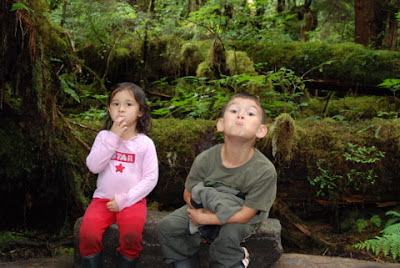 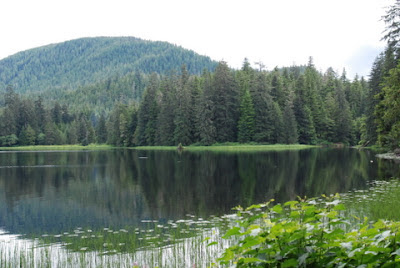 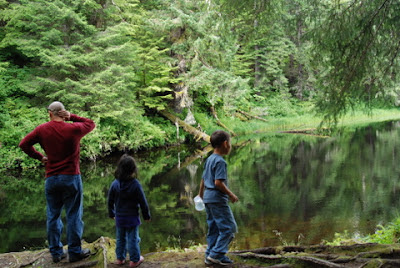 Wildlife viewing is such a phenomenal part of the Alaska experience! After being away for so long, Brenda and I now both realize how much we took it for granted when we lived here.

This is one of my favorite eagle pictures. This dude is carrying a salmon that probably weighs around 5-7 pounds. We didn't see him catch it, but he probably launched down out of a tree, swooped down to the water, snatched it, and flew back to the beach, all in a seamless and fluid fashion. We saw this happen a few times, and it never ceases to impress! This guy was on a rocky beach snacking on this fish as we rode by in our boat. When we stopped, the eagle flew away, then flew back toward us, and 'click', I captured the memory! 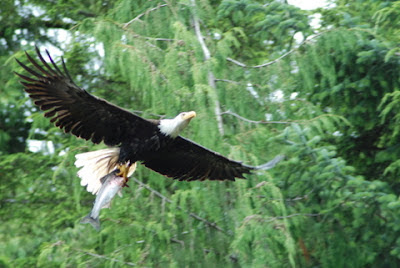 The day we leave Alaska, August 1, deer hunting season opens. Lucky for this little lady's kind that I won't be here! :) 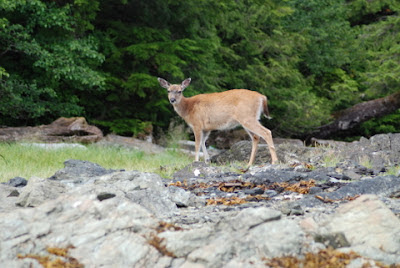 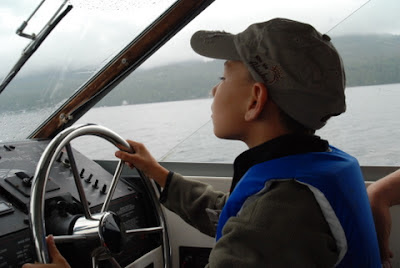 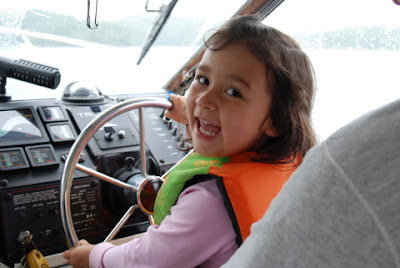 Andrew and Abigail with one of the many mud sharks that we caught in our fishing adventures! Unfortunately for us, we did not catch much else to brag about. 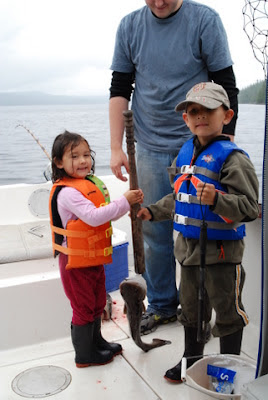 I love how Abigail is hard at work driving the boat.

I can't wait to see the rest of your pics! Looks just amazing.
See you tomorrow (or sometime real soon at least :))

So good to hear about your time up there. Glad you are having a good time.